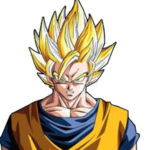 Here you candownload Super saiyan hair PNG. super saiyan is an advanced stage of members of saiyan race from the famous Japanese anime television series Dragon ball Z. it is the sequel of Dragon ball anime. Dragon ball anime is produced by tokizo Tsuchiya written by Takao Koyama was released in 1986. It was a […] 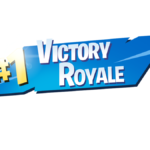 You must saw #1 Victory Royale PNG Image on your social media sharing by Your friends. This is from the most trending game Fortnite battle royale it is a revised version of fortnite: Save the world. This Game is released after the huge success of PUBG in 2017. Epic games inc. saw this opportunity and […]

Here you can download Tom Clancy’s Rainbow Six Siege PNG with transparent background in High quality. Rainbow six siege is a shooting video game Developed by Ubisoft Montreal released on 1st December 2015. Rainbow 6 Siege launched on Microsoft Windows, Xbox One and PlayStation 4.It is an addition in the Tom Clancy’s series After The […]